The main idea behind the cluster-permutation test as it is implemented in BESA Statistics is that if a statistical effect is found over an extended time period in several neighboring channels, it is unlikely that this effect occurred by chance.

Thus, the initial step is to define data clusters that show pronounced effects in the preliminary parametric tests. 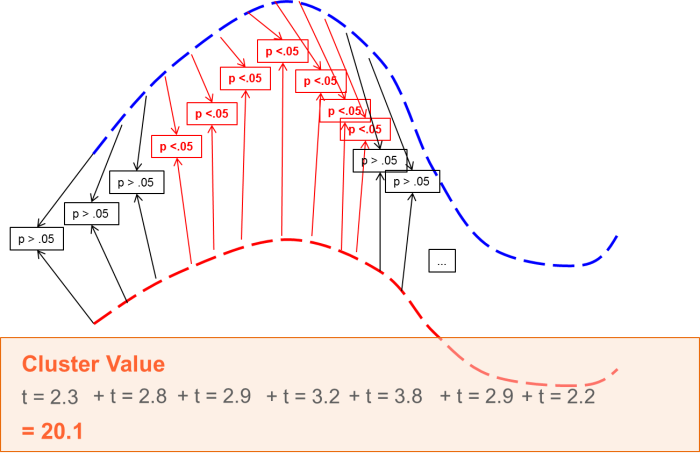 For each cluster, a cluster value can be derived consisting of the sum of all t-values / F-values of all data points in the cluster.

Based on the computed cluster-value distribution, the probability of each initial cluster can be directly determined.

Cross-Subject Statistics based on Permutation Tests 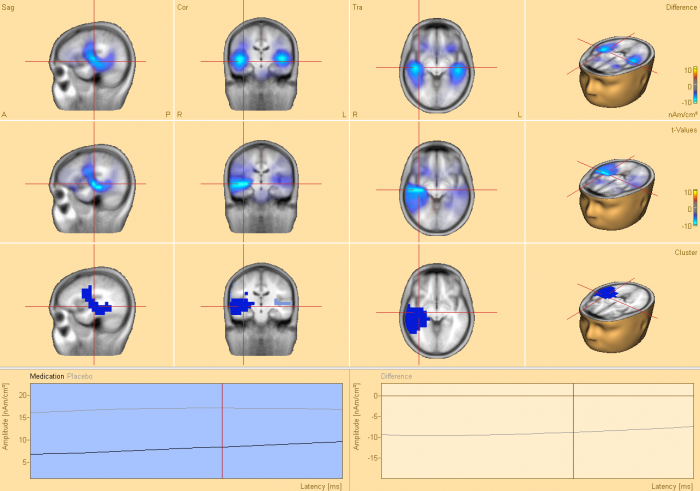