Student’s t-test is computed to determine whether there is a significant difference between the mean of two groups / conditions.

Clustering based on the Preliminary Statistical Test

Clustering in time and if applicable space and frequency is based on the preliminary t-test, ANOVA / ANCOVA, or correlation. Depending on the cluster-alpha setting, adjacent data points will be subsumed to form a cluster. The probability of these data clusters will be determined during permutation testing. 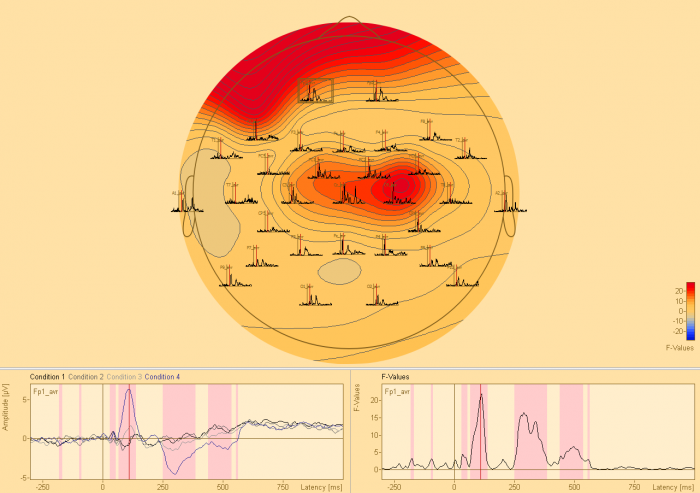