BESA has a highly interactive and easy-to-use window for source analysis. All relevant information is available at one glance including data, PCA, ICA, source waveforms, and source localization in 3D head schemes, standardized or individual MRI. You can choose among a variety of state-of-the-art source modeling techniques and head models. 2D and 3D source imaging can be performed with projection onto a standardized or individual MRI after coregistration. 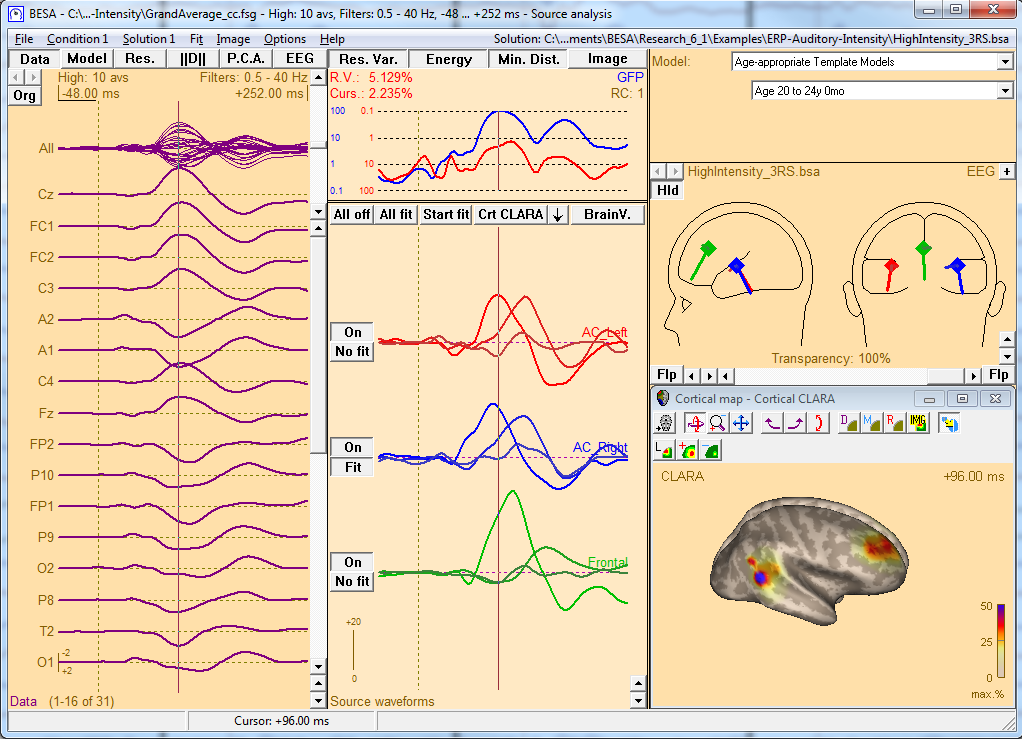